Blockchain is being explored by automakers as a means to improve security in increasingly connected vehicles. Electric and/or autonomous vehicles of the future pose new and different cybersecurity risks for vehicles, prompting automakers to find new, more effective database technologies, such as blockchain, for vehicle communication.

The automotive industry faces a wide range of challenges. It is not surprising, given the scale and complexity of the automotive industry, that some of the key factors should require robust practices and solutions to prevent potential failures. The complexities of the sector encompass complex supply chains, a multi-stage manufacturing process, regulatory software compliance, car dealership networks, and station and maintenance services – some of the aspects that require strong processes and solutions to prevent potential failures. In a blockchain, while automakers have a powerful new tool, automatists can use blockchain for minimizing costs, optimizing processes, and improving supply chain management and accountability.

How can blockchain help the automotive industry? 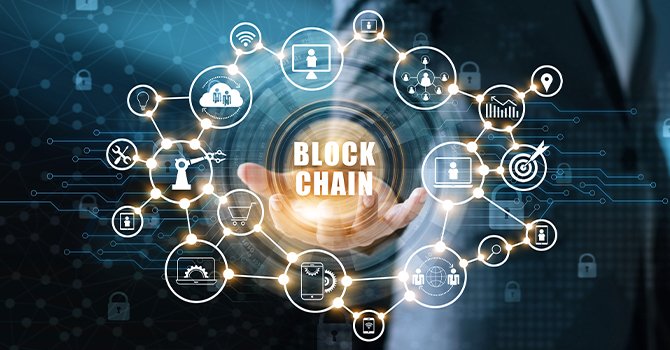 Blockchains' essential characteristics, such as decentralization, transparency, and immutability, make them ideal for addressing the complicated difficulties that automakers encounter on a daily basis. Simultaneously, blockchain-based solutions may bring concrete benefits to end customers by allowing them to examine the entire history of a specific car and introducing easier methods to engage with aftersales service providers.

Blockchain has various potential uses in the automobile industry. Let's look at some of the ways technology may help the industry. 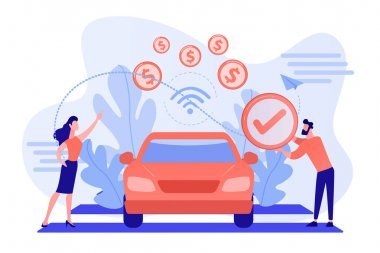 Perhaps even more important than financial transactions, information relating to where the car is headed at any given time could be easily encoded on the blockchain. Aside from tracking the car, the information could be used by toll booths to ensure that each driver properly pays for their ticket. If the car were using an electric battery and the power were being supplied by the battery, the blockchain would automatically credit the corresponding "electricity" back to the driver. Imagine as well what a boon this would be for emergencies. With the power of blockchain behind this, the entire tracking of the car would be able to be automatically managed by the vehicle itself. Everything that correlates to its use could be sent to the blockchain,

The blockchain might be used to keep track of the specifics of a self-driving car's voyage as it goes across the world. This localized data might include everything from road and facility specifics to general traffic conditions. Other automobiles in the system may then access this information and be certain that it is correct and secure because it was generated through blockchain technology. Manufacturers may soon utilize the blockchain to safely trade all of the localization data because sharing everyone else's data is the shortest approach to autonomous driving. Only authorized entities would be able to examine the data in real-time since it is cryptographically encrypted.

As a result of demonstrating what can be accomplished with an automaker's autonomous car network, blockchain will prevent "bad actors" from hijacking the system and maybe holding OEMs hostage.

At the beginning of 2017, officials seized several hundred thousand counterfeit car parts, which are believed to be worth about $4 million. It took more than 20 hours to calculate all the fake pieces by hand. It is hard to envision how large a market of fake car parts is. The car manufacturer loses $60 million per year in the Arab Emirates alone from the unlawful use of counterfeit auto parts.

The world clearly needs a viable countermeasure. Counterfeit parts not only damage automobile performance but it can also endanger human lives, particularly when it comes to airbags.

Automobile manufacturers may provide proof of provenance for their spare auto components and trace the position of a specific car in their supply chain by employing unique radio-frequency identification (RFID) tags, while all information about a car and its parts will be maintained in the decentralized digital public ledger. Automotive manufacturers who use blockchain to authenticate the origin of their vehicle spare parts would be able to considerably cut their recall expenditures.

In the modern era, many of us still perform many old-fashioned activities, such as carrying our vehicle registration and licenses when driving. Blockchain technology has an effective solution for this in today’s digital world. Normally, the process of acquiring ownership of a vehicle or changing the owner is time-consuming. Blockchain technology has the potential to make it speedy & instantaneous.

And in the scenario of rented vehicles, law enforcement can immediately confirm ownership. This allows the cops to devote more time to other areas of their employment. As a result, it benefits not only automotive users but also law enforcement.

Blockchain technology provides the unchangeable and transparent logging of sensor data from automobiles in a decentralized network. This unimpeachable record of a blockchain "black box" might aid in the resolution of an accident, particularly in the case of driverless cars. Insurances might also be integrated into other vehicles, such as a user profile, as in carsharing.

Most blockchain-enabled vehicles include on-board computers, such as the Engine Control Unit (EDU), that keep problem logs, allowing service personnel to swiftly diagnose and fix the vehicle. Maintenance status may be readily tracked using blockchain without visiting a repair station, allowing you to avoid towing your car to a car repairing garage.

In addition to the above-mentioned benefits of blockchain, it also incorporates smart contracts that are integrated with Internet of Things (IoT) services to facilitate authentication and validation procedures. With the use of smart contracts, blockchain may also initiate machine-to-machine (M2M) transactions.

We are also able to improve and automate many operations in the car leasing and finance division thanks to blockchain-based smart contracts. For example, if a car's lease fee has not yet been paid, the unlocking mechanism can be deactivated to prevent it from being utilized.

Ridesharing might become a reality in the future thanks to blockchain technology. An ecosystem-type platform might be constructed to eliminate the middlemen by shifting the driver choice and payment processes to the safe, objective Blockchain. Drivers will be paid only after delivering a passenger to their location, with the amount conditional on predefined terms via a smart contract. Drivers and passengers may interact directly without the use of middlemen thanks to Blockchain, and data can be securely collected and kept.

Despite the fact that Tesla has begun selling cars with built-in autopilot, self-driving cars are still in their infancy. They are extremely reliant on the quality of road markings and the legibility of traffic signs. Automotive companies must gather and analyze massive volumes of data in order to hasten the development of driverless automobiles.

According to Chris Ballinger of the Toyota Research Institute, self-driving cars will be on our roads in the near future thanks to blockchain technology. Data may be sent between car owners, researchers, and manufacturers via distributed ledgers and blockchains. As a consequence, automakers will be able to collect necessary data more quickly, allowing them to begin creating self-driving electric vehicles.

In the scenario of vehicle resale, the buyer may never be confident that the documents of their desired vehicle have not been forged. This issue, however, may be readily overcome by keeping a vehicle's entire history on a blockchain. This provides the customer with a trustworthy method of verifying the history of a specific car as well as sharing pertinent information about a vehicle with third parties, such as insurance providers.

Blockchain has the potential to change the way used automobiles are acquired. Normally, you rely on the mechanic's and vehicle dealership's word to determine whether a car is as utilized as it claims. Thanks to blockchain technology, You can get real-time data regarding its life, you can also learn about its mileage, repair history, and whether or not it has been involved in any accidents. This makes buying secondhand automobiles secure and transparent.

In the automobile sector, distributed ledgers' openness may assist guarantee that manufacturers, shipping, and suppliers all see the same supply chain, making it practically difficult for counterfeit components to enter the supply chain.

Examples of Blockchain Initiatives in the Automotive Industry

There are already a number of distinct blockchain efforts from big manufacturers.

Volkswagen, for example, is developing a blockchain-based monitoring system to combat odometer fraud, which is common in the automobile sector. Making certain that dishonest automobile vendors cannot modify odometers to obtain false mileage values would assist purchasers in saving money.

General Motors and BMW are supporting blockchain technology through the MOBI project in order to exchange self-driving car data among themselves and other automakers. MOBI's blockchain standardization initiatives also get us closer to widespread blockchain usage in the sector.

The automobile sector has long been regarded as the driving force behind global technical growth. However, the industry has a variety of hurdles in terms of advertising, selling, insuring, and recalling automobiles and their components.

Blockchain technology is already proven to be an answer to the bulk of these challenges by offering vehicle businesses and their partners a dependable and transparent mechanism for more effective collection, storage, management, and use of automobile data.

Thus, the ability of blockchains to conduct secure, authenticated digital transactions in real-time will result in cost savings, faster and more efficient operations and service, and, most significantly, increased safety and convenience for drivers.

Want to build your Blockchain application?

If you’re ready to understand how your business can leverage blockchain to disrupt your industry, Decodermind is happy to help. Get in touch with us for more information on our blockchain development services.