Originally developed to support Bitcoin transactions, blockchain technology is now playing a critical role in streamlining multiple markets, industry sectors, and administrative processes. Given the dramatic improvements that blockchain technology will bring to the financial services, healthcare, and education sectors, it should come as no surprise that the global market for blockchain technology will be worth $ 20 billion by 2024. Because of the technology's decentralized architecture, which guarantees the highest level of data security and integrity possible, mobile app and software developers can tremendously benefit from it. 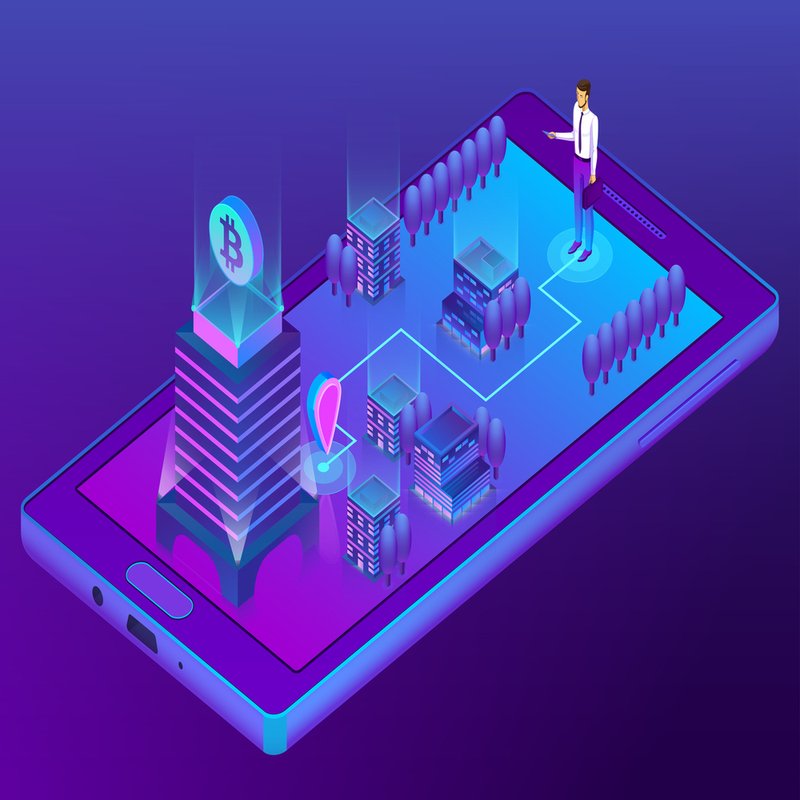 Blockchain is a recording system that is very difficult to hack, change, or cheat—if not impossible. A distributed digital ledger of transactions that is duplicated and then dispersed over the entire blockchain network of computers is what is known as a blockchain. The blockchain maintains many transactions in each "block." Every time a new transaction is added to the blockchain, each participant's ledger is updated. Using distributed ledger technology, several parties can control a single database.

The blockchain is a decentralized ledger technology (DLT) that records all transactions using an irreversible cryptographic signature known as a hash. This makes sure that any effort to change a block in a particular chain will be quickly discovered. Attackers would need to change each distributed copy of a blockchain, one block at a time, in order to compromise it.

In order to benefit from blockchain technology, businesses are investing more and more in it. Let's investigate why this technological advancement is generating so much interest. Let's examine blockchain's main benefits since mobile apps are where it is most frequently used. 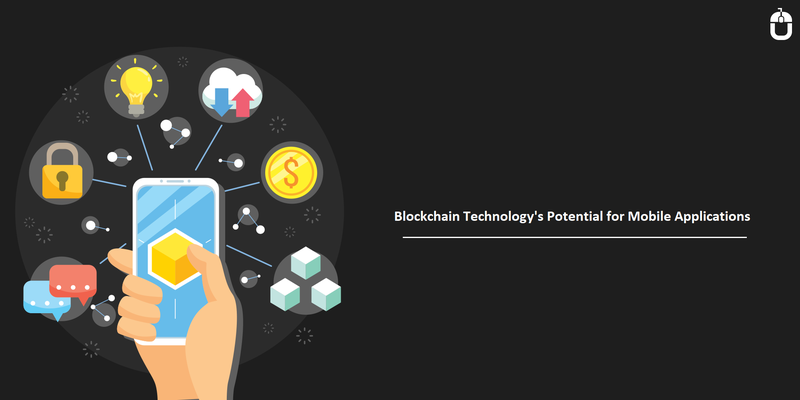 Examples of how blockchain technology could be combined with mobile apps include the following:

The infrastructure supporting mobile applications is made up of numerous servers, networks, and other elements. In most cases, a client will send a request to a server, and the server will react by sending the desired data. Keep in mind that popular mobile apps have the potential to produce millions of requests per second, substantially impacting the infrastructure on the back end.

Blockchain technology has made it much simpler to handle overloaded servers. It provides a distributed digital ledger that may cooperate to process data and handle several requests at once. The complex digital ledger system steps in at this point; it will only produce updates on all machines after the transactions have been confirmed to be secure. The information is secured against any tampering.

The smartphone app has grown more complex nowadays since its earlier phase or period. One of the many responsibilities that modern smartphone apps have is serving several users at once. The software must ensure that no sensitive data can be accessed by unauthorized individuals. The data must be shielded from alteration, manipulation, and improper usage.

Because no action is allowed without the proper encryption and decryption keys, blockchain technology makes it very impossible for users to hack the system. Data is kept on the server after user authentication and can only be modified by authorized users. The transaction is quite safe because there are no middlemen. This makes sure that no matter how many people are simultaneously using the app, there will never be a problem.

For developers, system crashes are challenging because of the labor-intensive nature of their repair. After a system breakdown, they are unable to remedy the issues. Developers are unable to track every request in real-time and respond to issues as they arise because of the large number of requests. Before developers figure out the issue, malware has the ability to cause significant harm.

Blockchain technology might be a great solution to this problem. This type of attack is simpler to recognize and thwart thanks to its open nature. Consumers that use blockchain technology can simply monitor their data. Since authentication is required for data changes, the system is protected from outside intervention.

Due to the gathered DNS data, developers can maintain domain name system (DNS) records. In other words, no one will be allowed to change the entries unless the developers give the authority.

What does this have to do with creating mobile apps? The good news is that many mobile apps already employ blockchain technology. It is projected that blockchain will continue to develop, adding new features and enhancing mobile apps.

Both the iOS App Store and Google Play automatically handle upgrades. They are capable of finishing the update process without assistance from outside sources. Developers may become confused when their apps are rejected for unexplained reasons if they are unaware of the quality assurance policies.

A great relief is that the blockchain is an open-source technology. Developers can use it to manage and keep track of project approvals. There is also a developer reputation system that is related to the public ledger. Developers can confidently distribute their programs without worrying about hazardous viruses and other malware by following conventional protocols.

When software is uploaded to the system, blockchain technology immediately checks it for any harmful code. The application is temporarily held after it has been scanned until a person may review it. Later on, the verification takes place. The app will be made available to the general public after a few more hours of development.

At least 30% of the revenue that app developers receive from in-app purchases and advertisements goes to the app store. That is a lot of money to keep on hand. The developers must buy a few CPI bundles, and they are not inexpensive.

In-app purchases present developers with the additional challenge of managing various fees, such as those related to financial transactions and credit card use. The developers do not benefit from the business model.

Utilizing blockchain technology to solve financial problems is innovative. A blockchain-based smart contract can be used by developers to provide incentives for users to use their apps for a predetermined period of time without the involvement of a third party. The CPA (Cost per Attention) advertising model makes it possible for producers to make substantial sums of money.

Later on, earned coins can be applied to in-app purchases. In addition, the developers receive an additional 85% of the earnings rather than just 70%.

More and more people living in rural areas may now access the Internet thanks to smartphones and mobile applications. They struggle to get access to conventional banking and credit services, though. Blockchain technology will make it simpler for people to conduct internet transactions in remote areas.

Keeping coins in an electronic wallet could help people in rural areas avoid using conventional payment methods like credit cards and banks. It will make it simple for people to transfer money home to loved ones, acquire a loan, and purchase online.

An unprecedented number of mobile apps incorporating blockchain will be developed over the next few years for usage in industries as diverse as supply chain management, retail, and finance. For those fields, it will offer a range of secure mobile solutions. For finding, downloading, and paying for apps on a mobile device, a blockchain-based app store may someday rival the Google Play Store and the Apple App Store in importance.

Therefore, before attempting to incorporate blockchain in a mobile app development project, emerging organizations need to learn about it and investigate internet resources on the subject.

We at Decodermind are skilled at developing dependable, scalable mobile applications. So, if you're interested in developing a blockchain mobile app, get in touch with us. We can help, whether you need support with development or a full app rollout.