Hybrid vs Native: Which one is the best for App Development in 2022

In today's environment, portable electronics are becoming more prevalent. Nowadays, more people choose to use their tablets or other mobile devices for work. There are countless mobile applications, and they help individuals all around the world live better lives. For businesses of all sizes, mobile applications are the best way to connect with potential clients. Many companies will launch mobile applications to streamline various company procedures and increase their clientele. Most companies that decide to begin publishing smartphone applications aren't clear on what kind of app they need to build. There are two options for creating mobile applications: hybrid or native, depending on the demands of the enterprise

For well over a decade, mobile applications have been at the cutting edge of technology. Many businesses are becoming more adept at integrating technological solutions into their everyday operations. Corporations must benefit from the introduction of mobile in order to expand their market presence. Most organizations find it difficult to decide what kind of application to design when switching to a mobile-first environment. The choice between developing a native app and a hybrid app would actually depend on the corporate goals. 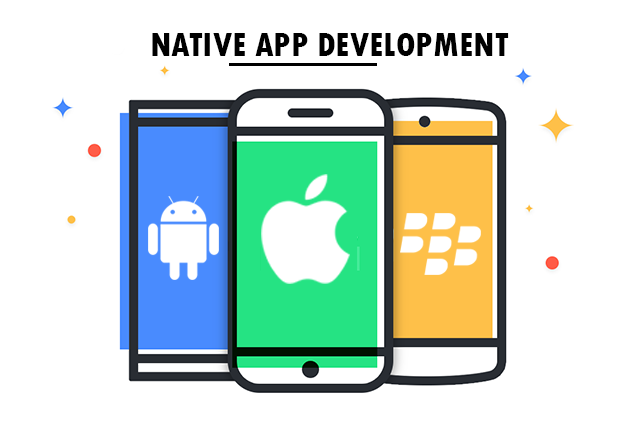 The programming languages and equipment particular to each platform are used to create native apps. This calls for Java or Kotlin on Android, and Objective-C or Swift on iOS. Apps have immediate access to all of the functionality and UI components of the device because they are made specifically for a given platform. Having rapid access to well-known UI elements is useful, but you'll nearly always need to adapt an app for your product, and using the built-in controls can be difficult.

Performance may also be slightly enhanced depending on each platform's fallback technology, however, this is typically only apparent in AR applications and games with demanding graphic requirements.

Because of this, neither iOS nor Android apps may be used on the other platform. You must develop two versions of the app in order to appeal to both groups, which often calls for the deployment of two different teams, each with specific skill sets. Due to the duplication, the system will be more expensive to initially create, maintain over time, and add new features. You may easily hire React Native developers to get your own app developed.

Before choosing a choice, it's critical to consider the various dialects the team may utilize to build your software. The approach that works for you and your app is what matters; there is no right or incorrect approach.

The two open-source programming languages used to make Android apps are Kotlin and Java. Since the platform's inception in 2008, Java has served as the number one language, however, Kotlin, which was introduced in 2011, was meant to take Java's place. Even though it is currently Google's favored programming language, its fame will only increase.

It seems that Swift or Objective-C will be used to create a native iOS app. When the first iPhone debuted in 2007, iOS applications were initially created using the Objective-C programming language. Even though it is outdated, everything created in this language will work with any iOS application platform.

In 2014 with the adoption of Swift to replace Objective-C, developers now have access to fresh, contemporary linguistic tenses. Swift is now used by the majority of native iOS apps. 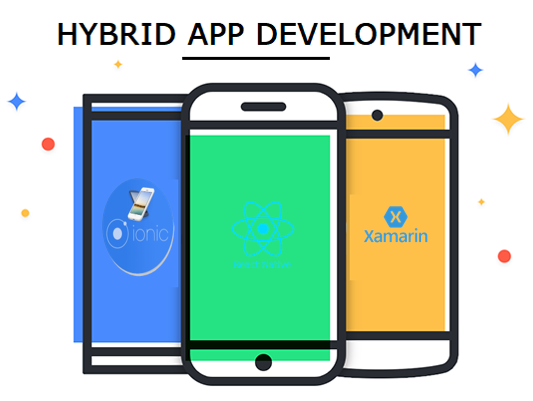 Hybrid apps offer cross-platform capability whereas native apps are created specifically for one platform. One app can be created by developers that work on both iOS and Android. These applications are comparable to the outer layers of websites. They generally use the system's built-in browsers' functional prototypes.

Unlike native applications, hybrid apps can be created using a range of technologies, each with a unique design methodology. Because most software engineers have a preference, or because you can hire hybrid developers, it's imperative to have a fundamental understanding of each.

This open-source platform, which Facebook unveiled as a hybrid framework for mobile applications in 2015, enables native development for both iOS and Android using a single codebase. JavaScript and the JavaScript framework can be used to create mobile apps. React Native is used by several companies in the industry, like Tesla, Shopify, and Skype for their mobile platforms.

Ionic is the most popular framework; it has won various international awards such as "Leader in Mobile Development Data framework Tools and Module Libraries" in September 2021 and has been used to develop more than 5 million apps. Ionic was created with common web technologies and offers a fluid frame rate across all platforms and devices. Because Ionic uses CSS for style, an app's look and feel can be completely customized and aren't predetermined. Since Ionic apps are web-based rather than native, they can function as Progressive Web Apps in any browser window.

Due to Ionic's popularity, you can take advantage of its vast library of extensions to provide your hybrid app with the same features as a native one. It should not be surprising that it is trusted by well-known brands like Home Depot, NHS, burger king and that it powers over 15% of the apps available in the app store.

Microsoft supports and maintains Xamarin, an additional open-source platform that enables the use of a single codebase across numerous platforms—including Windows. The UI guidelines are platform-specific, which has the disadvantage that each platform still needs some special customization. Additionally, it could be substantially more expensive than alternative frameworks, and it might be hard to locate workers with specific capabilities. Applications for UPS, BBC Good Food, and JustGiving were developed using Xamarin.

Native apps are typically more expensive because they need a custom codebase and a range of programming languages for different platforms and devices. By creating and maintaining a single source code base on both sides, hybrid apps substantially simplify and lower the cost of app development. If cost-effectiveness is your primary priority, hybrid development can be the best choice.

The price to construct an app is also influenced by a lot of factors, such as location, features to be included, design, and many more.

Which technology approach is best, then?

Both types of technology have advantages and disadvantages, as was already mentioned. Although native development provides the best user experience, responsiveness, and capabilities for the mobile application, the cost may be high.

Hybrid technology enables you to start with a small investment and still build an app, though costs may escalate as complexity rises. Having said that, it is still beneficial to utilize, especially when testing the waters.

Don't think about the hybrid vs. native app issue. You should consider your timetable, financial constraints, feature complexity (are you building anything that tests the limits of technology), the requirement for security, and other criteria before choosing a technology.

We can assume that you'll pick the one that will get you there the fastest.

You may always get in touch with Decodermindto hire app developers if you need a qualified native and hybrid mobile app development business.

Additionally, as an outsourcing business with extensive experience in both methodologies, we can assist you in choosing between native and hybrid apps based on the requirements of your project.