What does the Tokenomics of a 500X return crypto project look like: A complete guide for beginners.

Tokenomics, a term used frequently to describe the internal workings of cryptocurrency projects, provides insight into the operation of the asset as well as the psychological or behavioral factors that are likely to influence its value. The key factors in a project's success are providing incentives for purchasing and retaining the token, along with thoughtful Tokenomics. Projects with inadequate Tokenomics will eventually fail. The first indication of impending difficulty is poor token mechanics. If you don’t understand Tokenomics you are gambling and you will regret it. Therefore, when deciding whether to buy a crypto asset, it is essential to understand Tokenomics. 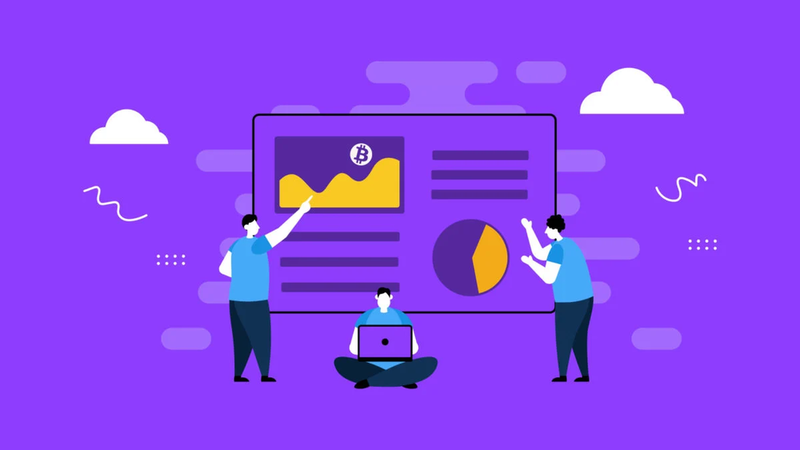 This article digs into the functioning of Tokenomics and more. By the end of the article, you’ll learn why Tokenomics is so important and how to use Tokenomics as a pro to determine the value of any cryptocurrency. 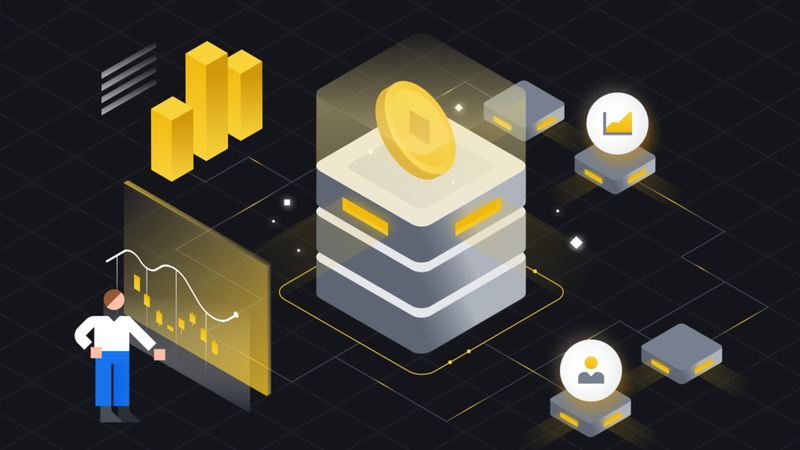 The term "Tokenomics," refers to the supply and demand aspects of a cryptocurrency project. It considers a crypto token's economics, including its issuance, properties, distribution, supply, demand, and other features.

Let's look at what a cryptocurrency token is. It is a type of digital money created by cryptocurrency initiatives and constructed on top of an already-existing blockchain. Tokens used in cryptocurrencies have a value and may be traded, much like regular money.

It will be useful to learn how token economics varies from conventional economics. Governments have been manufacturing extra money out of thin air throughout history, regardless of the era. A war or drought may cost a lot of money to fight. Since raising taxes isn't always an option to cope with it, the government believes that minting money is a more convenient solution. The value of the present currency inevitably declines as more money is created.

However, the issuance schedules for the tokens have been predetermined and generated using algorithms by crypto projects. The number of coins in circulation at a certain period can be predicted with accuracy. Additionally, the distribution of coins among different stakeholders is planned beforehand. Although it is technically possible to change the distribution and issuance schedules, the procedure is challenging to carry out.

The entire number of coins or tokens that are readily exchangeable and in use by the general public and market is known as the "circulating supply." Only a subset, rather than the entire amount, of the tokens that a company produces, are made accessible for circulation. It is comparable to the stock market's "flowing shares."

The term "total supply" describes all of the coins or tokens of a certain cryptocurrency that have been produced or mined, and are now in circulation, including any that are locked or reserved. You should deduct any burned or destroyed coins from this total. It is comparable to the stock market's " outstanding shares."

The maximum number of coins that will ever exist in the cryptocurrency's lifespan. It is comparable to the stock market's " fully diluted shares."

Market Cap is an abbreviation for Market Capitalization, which is computed in cryptocurrencies by multiplying the current price of a specific crypto market by its circulating supply.

The overall worth of the cryptocurrency at the current price, assuming that every token is in use, is known as the fully diluted market cap. Using this capitalization mechanism, it is presumable that market capitalization will increase over time in accordance with the volume of supply that is in circulation at any particular time. In short, it is the total dollar value of the total supply.

You can find all these terminologies on Coin Market Cap or Coin Gecko.

Recognizing these important terminologies enables you to identify Tokenomics problems. A project should be avoided if there is a significant disparity between circulating supply and total supply.

According to the theoretical explanation of supply and demand, an item's value decreases as its supply increases.

Supply Side of Tokenomics

Only 13% of the token's supply is currently in circulation. Unless there is a big surge in demand, the value of the token will likely fall from its present $15.79 once the remaining 80% are released into circulation. Or unless, of course, supply grows slowly.

Emissions are the gradual rise in a token's supply; the rate of emissions is crucial. The token will depreciate in value if the maximum supply is reached within the next three months because demand is unlikely to keep up with the rapid supply growth.

The increase in supply won't have a substantial impact on price in the short term, though, if emissions are modest and the maximum supply isn't expected to be reached for five years.

Typically, a graph like the one below may be found with this information in the token’s whitepaper. Instead of big spikes or sharp increases, you want to see a pleasant consistent increase over a few years. 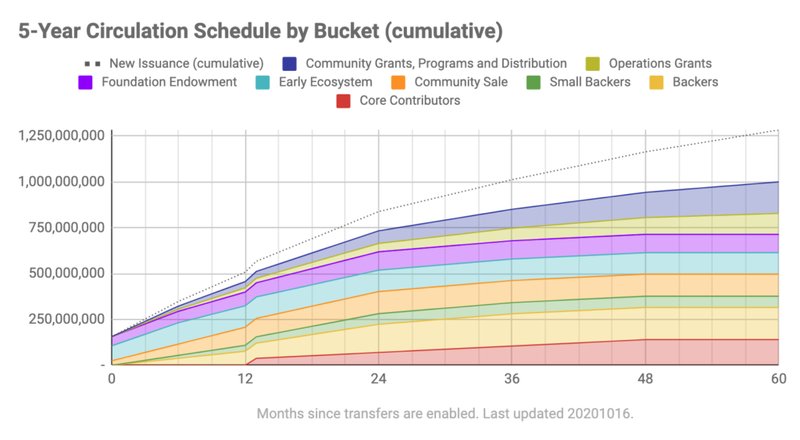 Tip: Some projects stretch out their charts to make increases appear steady even while they aren't.

Emissions can come from staking rewards, airdrops, the yield for using the DApps, and of course, token unlocks.

Initial blockchains like Bitcoin and Ethereum provide tokens to reward miners for confirming transactions. This method is known as proof-of-work (PoW). In order to create new blocks and upload them to the blockchain, miners must use their processing power.

Rewards are given to users that have secured a specific number of coins in a smart contract on proof-of-stake (PoS) blockchains that use a staking mechanism for validators.

Yield farming enables anyone with a cryptocurrency to make more tokens. Through the use of smart contracts, you can lend your money to anyone who requests one and receive tokens in the form of interest and principal. Large yield pools are fueled by yield farming and traded in decentralized markets (DEXs).

Distribution of tokens is crucial. A difficulty arises, for instance, if early investors receive 35% to 45% of the supply and the unlocks take place over a period of months. Since early investors are sometimes 5–10 times up, they are typically motivated sellers.

Ideal Tokenomics or Distribution of Tokens 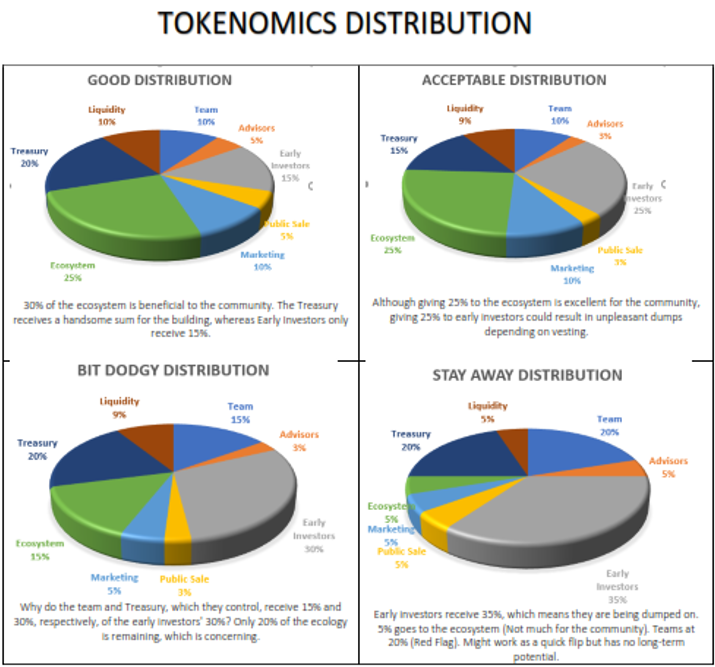 Vesting is a balancing measure since projects cannot have rigorous vesting because no one will want to invest, and easy-going vesting causes prices to drop because early investors dump a lot of tokens. In the cryptocurrency world, vesting has gotten better over time.

On the whitepaper of various crypto projects, you may find a project's vesting timetable. The three main criteria you should consider when evaluating vesting:

Vesting relies on gradual increases in token distribution rather than abrupt ones, notably not for early investors. as follows:

Demand Side of Tokenomics

We've thoroughly covered the factors through which any crypto project creates its supply, Now let’s look at the demand side drivers or factors in more detail.

The most significant demand driver is the token’s utility itself. Holding the token creates demand if it provides some type of utility, such as Ethereum’s or blockchain's native token allowing you to make transactions on that chain.

Another most significant demand driver. The demand rises if holding the token rewards the holder on its staking through annual percentage yield (APY) or yield farming. As long as it is regarded as safe and the APY earned is equal to or higher than that of competitors.

Demand may be fueled by an active community. This can be demonstrated with many meme tokens. As most of them don't offer any utility, don't offer any staking or annual percentage yield, and most definitely aren't a store of value, they nevertheless maintain value and even perform a 500x largely due to having a strong community.

The fact that store of value is another factor influencing the demand for any crypto project. Although it is challenging to demonstrate that many cryptos other than $BTC are a store of value, it is important to note that demand is influenced by this.

This is a difficult answer because it necessitates researching wallets and becoming involved in the community, but it can provide significant insights.

For example, if the big token holders (e.g. early investors with lots of money) are smart players, I would be cautious because their selling could have a significant impact on price. They usually have inside information and will sell before you can react if necessary.

If the big token holders are dumb, you can feel a little more relaxed because they are frequently motivated by fear and greed, making it easier to forecast their behavior. Meme coins are another illustration of this. In general, the ideal strategy for both is to take regular partial profits.

Therefore, while evaluating Tokenomics, you should consider demand drivers as well. The best tokens should have at least two of the above-mentioned drivers. I'm interested if there is a strong community, valued utility, better holding incentives, etc.

So far, we have covered the major drivers of supply and demand of Tokenomics. Now its best also determined how any cryptocurrency gain value over a period of time. Although it is connected with demand-side factors but is better to separate them while evaluating the Tokenomics of any crypto project.

A token's supply is decreased through deflation, which is often accomplished by burning a portion of transaction fees or occasionally purchasing back and burning large quantities of tokens. Typically, lowering supply raises demand, thus deflation is advantageous for a longer period!

This is the process by which a token's utility increases over time. Usually, the project's roadmap will contain this information. A rise in value can follow if their roadmap indicates that they will continue to provide more valuable utility.

People can be made to hold onto a token through locking. To encourage this a greater annual percentage yield (APY) is typically offered to lock tokens for a few months. Because it ensures holders, locking is a very effective value accrual technique.

Additionally, locked tokens aren't technically in use, which could cause a supply shock. At this point, there are not enough tokens in circulation to satisfy demand. As long as investors are ready to lock their tokens, locking methods are fantastic.

What is Good Token Value Accrual and how to determine it?

It is hard to determine the good token accrual value as it changes from project to project in the crypto world. But in most crypto projects the good accrual value is based on three factors which are as follows

A token is off to a terrific start if it does these three things perform correctly. But these things frequently clash with one another, which is a problem. A trilemma exists because

Tokens that can strike a compromise between giving consumers enough APY to store and accept locks while also preventing uncontrollable inflation and sell pressure frequently succeed. But keep in mind that APY is not the only incentive for holding there are many others that vary from project to project.

The key idea is that there is no one strategy that works for every project. 99% of the time, I wouldn't touch a token with a significant supply increase coming up or one that offers a significant portion of the supply to early investors.

You can evaluate a cryptocurrency project with the help of the essential abilities you get from having a solid grasp of Tokenomics. You may learn more about the supply and demand of tokens by reading their white paper. You will be able to understand how their team is generating interest in the coin and critically assess its possibilities for the future.

How a token will fare in comparison to other cryptocurrencies is largely determined by its Tokenomics. The analysis enables you to determine whether the developers have applied the popular concepts or have come up with novel solutions for token distribution. Additionally, choosing projects with strong Tokenomics will increase the return on your investment.